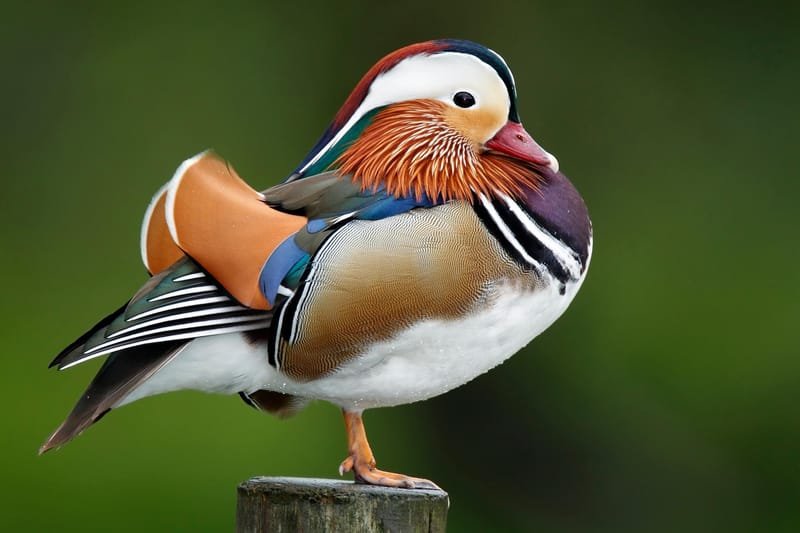 Mandarin Ducks are regarded as one of the most beautiful ducks in the world with their fantastic colours. Unfortunately, Mandarins are very flighty and don't like too much handling. They will however thrive if left to themselves and breed rapidly.

The male in eclipse plumage is similar to the female but has a reddish bill and visible blue wing feathers.

April and May in UK.

9 to 12 (creamy white colour) incubated by female only.